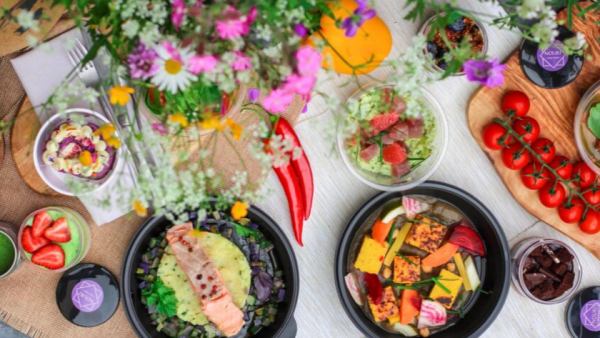 Walk into any grocery store, pharmacy, or even gas station and you are sure to see gluten-free messaging on the products within. The boom in gluten-free eating has emerged from both trendy food marketing and medical necessity. We have learned a lot about the effects of gluten in the past 10-20 years especially. One gluten-related condition that is particularly well researched is celiac disease. A disorder that was once rarely heard of is now a household name.

I’m Marlee Coldwell with Ignite Nutrition. In today’s post, we will review everything related to celiac disease. What it is, how we diagnose it, and how to manage it. Let’s get started!

What is Celiac Disease?

Celiac disease is an autoimmune condition. This essentially means that the immune system mistakenly attacks the body from within. In the case of celiac disease, the immune system perceives a protein found in wheat, rye, and barley called gluten to be a foreign substance. To fend off this “invader” the immune system then creates antibodies and they go to work. As a result, the lining of the small intestine becomes significantly damaged.

In the healthy small bowel, we have millions of tiny finger-like structures called villi. These villi increase the overall surface area of the intestine. They allow us to obtain the best absorption of our nutrients. In celiac disease however, individuals lose a great deal of the villi. Making it look like those “fingers” were cut off at the knuckle. This can have all kinds of repercussions if celiac disease is poorly managed. Including inflammation, nutrient deficiencies, and long-term digestive distress.

For this reason, it is essential to follow a life-long gluten free diet if you have been diagnosed with celiac disease. Any exposure to gluten can lead to further complications. Meaning it is crucial to avoid everything from a plate of pasta to even breadcrumbs!

Who is likely to get celiac disease?

There are genetic factors involved in the development of celiac disease. It is common for first degree relatives of those with celiac disease to also have the condition. This is why it is considered a best practice to screen anyone directly related to celiac disease patients – ie. parents, siblings, or children. While you may carry the gene that predisposes you to celiac disease, it does not mean that you will develop celiac disease. However, it increases your risk of development throughout your lifetime.

Because celiac disease is an autoimmune disease, individuals with other autoimmune conditions such as diabetes, multiple sclerosis or thyroid disease are also at higher risk of developing celiac disease.4

What are the symptoms of celiac disease?

Celiac disease can present itself in different ways. Many patients do tend to have intestinal symptoms while others experience more extra intestinal symptoms. Some individuals have a combination of both. But, it is also important to know that some people have no symptoms at all, and the finding is incidental. Some of the most common signs and symptoms of celiac disease include:

According to the Celiac Disease Foundation, only about one third of adults with celiac disease experience digestive symptoms2. But this does not mean it should be ignored if you feel quite normal! As mentioned earlier, damage to the villi in the small intestine can lead to nutrient deficiencies. Nutrient deficiencies don’t always present with symptoms we see or feel. Some of the most commonly deficient nutrients in celiac disease are iron, vitamin B12, folate, calcium, vitamin D, magnesium, and zinc. Missing out on these important nutrients can lead to long-term health complications. Everything from weak bones or osteoporosis to extreme fatigue from iron deficiency anemia.

As for the symptoms we can see and feel, they are non-specific. Meaning they can be associated with a wide variety of different disorders. For example, diarrhea can stem from so many different things. Including IBS, food borne illness, a reaction to medication, or simply a poor diet. This does not mean you have celiac disease. However, it is very important to rule it out if you do have these symptoms with the proper testing.

Work with a dietitian to manage celiac disease
Let’s Go

How is celiac disease diagnosed?

How is celiac disease treated and/or managed?

Celiac disease is not a condition that can be cured or “grown out of”. It is a chronic autoimmune condition. Instead, those with celiac disease learn to manage the disease by following a strict lifelong gluten-free diet. Any amount of gluten can leave an impact – even a crumb in a toaster! Therefore, it is important to advocate for yourself and learn about cross contamination and hidden sources of gluten.

By eliminating gluten from the diet, the villi in the small intestine can actually heal, meaning symptoms do improve. Healing the small intestinal lining also helps us to better absorb nutrients. Which makes us healthier, stronger, and less likely to develop problems like osteoporosis and anemia. Sounds like a win to me! However, there is no ‘challenge phase’ or reintroduction of gluten at any point, even after the bowel heals. An individual with celiac disease will never become tolerant to gluten!

For many, following a gluten-free diet can feel overwhelming if they’ve never worried about avoiding gluten before. Working with a dietitian to learn about gluten-free eating is highly recommended. A registered dietitian can help you to understand foods that contain gluten. As well as appropriate gluten substitutes, tips for eating out – and many other aspects of living gluten-free!

What if I still have symptoms after I eliminate gluten?

As humans, we LOVE to see immediate results, but that’s not always how things work when it comes to health. With celiac disease, it can take between 6-24 months for the IgA antibodies (our celiac disease blood indicator) to decrease.5 Many people do start to feel better fairly soon after eliminating gluten. But if it’s slower for you, that is still normal! Sometimes it just takes longer for the gut to heal before we feel a difference.

That being said, there is the potential for celiac disease patients to also have other digestive health issues. Sometimes, those with celiac disease, who are compliant with a gluten-free diet still have symptoms. Often times, we find that IBS (irritable bowel syndrome) can overlap with celiac disease. This may mean there are additional food triggers besides gluten that are also worsening symptoms. It is best to work with a registered dietitian to identify what those triggers may be. A dietitian can also help you to plan and choose foods that won’t cause symptoms, without being too restrictive!

In general, most people with celiac disease can treat the disease simply by following a gluten-free diet – and will not require any medications. Keep in mind, if you have been living with celiac disease for quite some time, you may require vitamin and mineral supplements to prevent nutrient deficiencies. At least until your gut heals.

Additionally, those with celiac disease should also be aware of any gluten present in other medications they may be taking. If you take prescription medications or over-the-counter drugs for other reasons, you may want to check with your doctor or pharmacist to see if they contain gluten. Most drugs are safe, but it certainly doesn’t hurt to check!

If you have symptoms of celiac disease or are directly related to someone with celiac disease, it is a good idea to get screened. If this sounds like you, talk to your doctor about getting the celiac screen blood test. But remember, NEVER start a gluten-free diet as your ‘first line defence’ until after you’ve had a blood test done. You may receive a false negative if you’re already cutting out gluten. This will make proper diagnosis very tricky!

If you have celiac disease and need help understanding what it all means – and what the heck to eat – Work with one of our Registered Dietitians.

We can help to guide you through managing your intestinal and extra intestinal symptoms through a lifelong gluten-free diet. At the end of the day, we want to help you achieve the best quality of life. Without compromising flavour and enjoyment from your food!

Ready to manage your celiac disease? 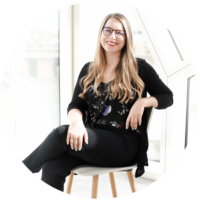 Marlee Hamilton is Ignite's Dietitian Team Lead. She is licensed in both Alberta and Ontario and sees patients virtually. Her specialty is working with patients who have unique and complex health concerns, particularly digestive disorders like IBS, SIBO, and IBD. She has also written an insulin resistance cookbook for PCOS patients and loves empowering people who struggle with this condition. Her realistic and actionable approach helps her patients thrive with small steps toward their big goals. 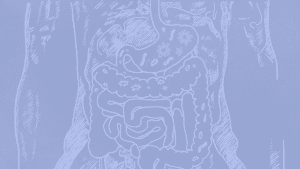 This week on #AskADietitian live, I cover the differences about IBS, celiac, and non-celiac gluten sensitivity – there are IMPORTANT differences, and management varies! Get the facts on the latest…