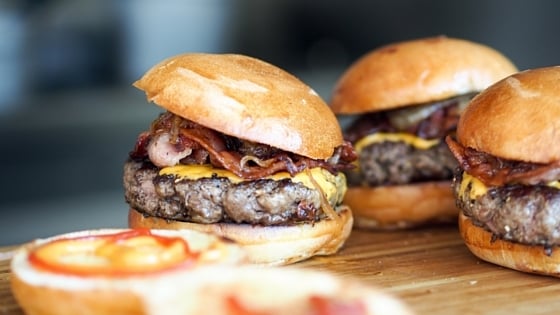 Does Red Meat Cause Cancer? A Dietitian Explains

I’m sure you’ve seen in the crap-storm of media that has come out this week regarding red meat and cancer risk. This of course, caught my attention. For those that know me well, they know my first nutrition-love was (and still is) oncology & nutrition.

What does this all mean? Does red meat cause cancer? One CNN reporter interpreted it as such:

The World Health Organisation (WHO) released a report Monday which placed processed meats, including bacon and sausages, in the same category as smoking and asbestos for causing cancer.

The report revealed that as little as two slices of bacon can increase the risk of colorectal (bowel) cancer by 18%. (CNN)

WELL. That’s FEAR-MONGERING if I’ve ever seen it. This is one individuals interpretation of the report. Basically saying smoking is as bad for you as eating a two sliced of bacon… is that really the case? I hope the nutrition expert in you is resoundingly saying – NO! This is a CNN reporters rather loose interpretation of the data. ACS (American Cancer Society) states that to increase your risk 15-20% of developing colorectal cancer specifically, you would need to consume 50 grams (~1.5 oz) of processed meats per day, or 100 grams (~3 oz) of red meat per day. And in regards to comparing it to smoking, the average smokers risk of developing certain types of cancers goes up, on average, by 52% but will vary based on how often you smoke, & for how long you’ve smoked (5). So, in my opinion, his reference is apples to elephants. (Apples to oranges seemed to close a comparison for the #nutritionnonense he just touted).

Why don’t we actually talk about the evidence and what the W.H.O. is actually saying?

We’ve known for a long time that processed meats are carcinogenic. Ladies and gents, this is not new. I repeat. This is not new. There has long-been an association between processed and red meats and cancer. Naturally occurring compounds in meat, cooking methods, nitrates/nitrate (preservative) metabolism in the body, our body’s metabolism of the fat occurring in the meat, and even the iron in meat may be causative factors contributing to development of cancer. Which leads me to another interesting carcinogen – acrylamides.  Acrylamide is a compound which is produced from naturally occurring sugars and proteins in the presence of very high heat, and is considered very probably carcinogenic. Like burnt toast? Guess  what – it’s highly probable that it is carcinogenic. Crisply barbecued meats? ditto. This ISN’T new. And when you consider how you often cook red and processed meats, you like them with a crispy and caramelized crust, don’t you?

While the exact mechanism is unknown, whether it be an inherent part of meat, preparation methods, or a combination of both – there is a clear association between processed meat consumption and certain types of cancers (specifically, colorectal cancer, and also some association between prostate and pancreatic cancers). The American Institute of Cancer Research (AICR) and American Cancer Society (ACS) has stated for many years to limit consumption of red & processed meats. Focusing mostly on a plant-based diet.

Sounds a bit scary doesn’t it? 15-20%?! Big numbers, small portions. I really feel this is where having a bit of a science background is so key in interpreting data.

Let’s look at these numbers.

At my current age, I have a 0.07% risk of developing colon cancer over the next 10 years (3). assuming I am a fairly average individual. (Note that risk will vary on my family history, lifestyle, etc. – but I have chosen a number that is an actual statistic for this example to help put your mind at ease.) It has been shown that, if I eat 2 slices of bacon every day, my risk of developing colon cancer increases by 15-20%. So! putting my mathematician cap on,  I am 15-20% more likely than my current risk. This equates to an increased risk of 0.0105% to 0.014%. So my risk goes up to 0.0805% to 0.084%. Or approximately 0.01 of a percent. Does this help to reduce some of the fear-mongering?

Of note, YOUR risk will depend on your age, gender, race, lifestyle, genetics, and so many other factors. The higher your risk, the more eating red and processed meats will put you at risk. While my risk of developing colon cancer is extremely low, red and processed meats are a modifiable risk factor. Meaning I can take action to reduce my consumption and lower my chances of developing colon cancer. And as I dietitian, I of course have a strong belief in healthy eating to reduce my risk of disease.

It is also important to note that the W.H.O. and ACS are looking at epidemiological studies.

What are epidemiological studies?

Epidemiological studies are great. They are large, population-based studies, and W.H.O. looked at over 800 of them to identify that red and processed meats are associated with cancer development. One thing epidemiological studies cannot do is prove cause. So the statement ‘does red meat cause cancer?’ can be answered really simply. No. It does not cause cancer, in a word. What it does show is that there is a strong association with red meat consumption and cancer. Cause is such a strong word. It implies to the reader that, if you eat red meat, you will develop cancer. And that statement cannot be supported by science.

The downfall of looking at epidemiological studies is that they rely heavily on statistics and making sure confounding factors are ruled out. While these studies looked at red meat and processed meat consumption, what they were likely unable to tease out is the actual cooking process of how the individual prepared and cooked red or processed meats. They didn’t get to look at who trimmed the gristle from their steak, or who drained excess fat from their ground beef vs who didn’t. So while they have made a clear association between processed meat being carcinogenic, and red meat being ‘probably’ carcinogenic, we still lack information on the mechanisms driving the increased risk of certain types of cancers. Furthermore, given that we have a poor understanding of the mechanism, we may be able to further reduce, or perhaps even eliminate, risk – by making better choices. While INCLUDING red and processed meats. Perhaps like choosing processed meats without nitrites/nitrates. Or by changing our cooking methods. This is all yet to be elucidated in the literature.

So let’s translate the data into real-life. What is ACS actually suggesting we do?

ACS recommends that you limit consumption of these meats by choosing smaller portions, using meat as a side dish rather than the focus of the meal, consuming fish and poultry more often and red/processed meats less often, incorporating beans and lentils in the diet, especially because they may be protective against cancer development, and to bake or broil meat rather than grill or fry.

Some concepts I love to reduce red & processed meat consumption, if you find you are an over-consumer:

In summary, the ACS acknowledges that diets vary. They realize that it is not realistic for every individual to entirely remove red and processed meats from the diet. They encourage moderation, and give practical tips and tricks for reducing consumption of red and processed meats. And that, I can get behind. Besides reducing your consumption of red meat/processed meat, there is SO much more you can do to reduce your modifiable risks in regards to cancer prevention. I’m really looking forward to discussing this with you in future posts. I am also SUPER excited to have some upcoming projects in the works specifically focusing on cancer and nutrition!!

Do you have any strategies you use to reduce red meat and processed meat consumption in your house? I’d love to hear! 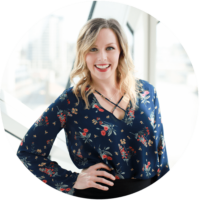