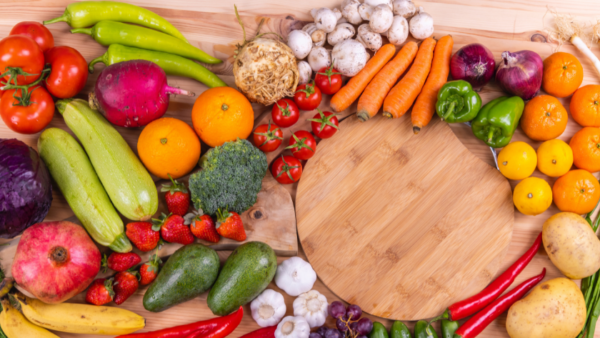 Inflammatory Bowel Disease (IBD) is a chronic inflammatory condition that affects the gastrointestinal tract. It includes Crohn’s Disease and Ulcerative Colitis. While IBD is traditionally treated with medications, there is growing interest in the use of dietary interventions to promote remission and gut healing. Today, we’ll be looking at the Specific Carbohydrate Diet (SCD) and the evidence for its use in IBD.

The Connection Between Diet and IBD

While there are many proposed mechanisms by which IBD develops, there is emerging evidence that the development of IBD may involve the Western diet. Specifically, it is thought that diets high in fat, omega-6 polyunsaturated fats, and red and processed meats, as well as ones that are low in fruits and vegetables, could contribute to its development.

Given the potential involvement of diet in the development of IBD, there is growing interest in the use of dietary interventions to promote remission. The most evidence-based of these interventions is exclusive enteral nutrition (EEN). A study showed that EEN was as effective as steroids in inducing remission in children with Crohn’s Disease. However, despite its efficacy in inducing remission in children with Crohn’s Disease, EEN is not currently recommended as first line therapy for adults with IBD. This is primarily related to poor adherence to the diet due to poor tasting enteral nutrition formulations. For this reason, there is ongoing research into other dietary patterns that may be able to induce remission and manage IBD symptoms in a less restrictive way. 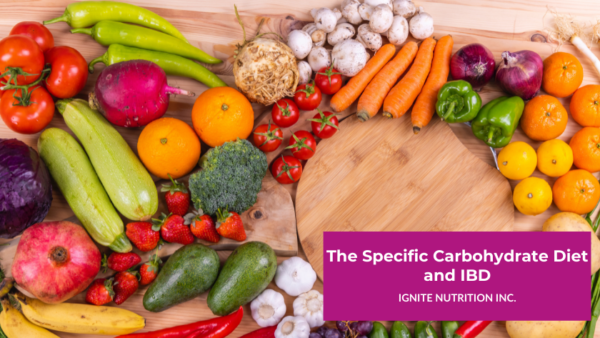 What is the Specific Carbohydrate Diet?

The SCD is based on the theory that carbohydrates have the most influence on the microbiota’s maintenance and growth. It has been proposed that monosaccharides (carbohydrate that are made up of a single sugar molecule) are more easily digested and absorbed than longer chain carbohydrates (like disaccharides and polysaccharides) and are thus not fermented in the colon by gut bacteria. This then prevents the overgrowth of certain pro-inflammatory bacteria in the gut, thereby reducing harmful by-products.

Theoretically, this allows the gut to heal, thereby reducing symptoms such as diarrhea and malabsorption. Once the gut is healed, digestion and absorption of nutrients may be increased, which in turn can help with many of the common symptoms of IBD, such as fatigue and unintentional weight loss. The benefit of the SCD is that, in contrast to EEN, “real food” is still consumed, which likely improves adherence to the diet. However, large, well-designed studies are still needed to prove the effectiveness of this diet for induction of remission in IBD.

What is the Evidence for Using the Specific Carbohydrate Diet in IBD?

As previously mentioned, there is a lack of large-scale clinical trial data on the use of the SCD in IBD. However, some small-scale studies have been conducted. A retrospective study of seven pediatric patients with Crohn’s disease found that all patients experienced symptom remission within three months of starting the SCD. However, the same study demonstrated a lack of mucosal healing, which is typically the target of anti-inflammatory treatments in IBD. So, while the patients felt better symptomatically, the inflammation itself didn’t greatly improve.

Another study collected survey data from 50 patients with IBD. They found that patients following the SCD in remission had a high quality of life. Therefore, although it is unclear whether use of the SCD is able to achieve mucosal healing, it may be associated with improved symptoms and quality of life.

Living with IBD can be tough
We can help

What Foods are Allowed on the Specific Carbohydrate Diet?

The SCD allows for monosaccharides but removes any longer chain (complex) carbohydrates, called disaccharides and polysaccharides. Unfortunately, many of the lists available online are often incorrect. Here, we provide the most up to date list of what foods aren’t allowed on the SCD. Please note that this list is NOT exhaustive but contains common examples we see from each category. While this list can be helpful, we strongly recommend those with IBD consult a dietitian before implementing a restrictive diet like the SCD.

Foods to Avoid on the SCD:

How Long Do You Need to Follow the Specific Carbohydrate Diet?

The SCD should be trialled for at least one month. After this time, if no improvements are noted or if the diet proves too stressful to follow, the diet should be discontinued. If the diet is helping with symptoms, it is generally suggested that it be continued for one year or until the disease is well-controlled and no more symptoms are present. Ideally, your doctor will monitor lab work for signs of remission. At this point, foods can be slowly added back into the diet as tolerated.

The following people may benefit from the SCD:

It’s important to note that the SCD is a very restrictive diet, which increases the likelihood of nutrient deficiencies and challenges with disordered eating. Also, because it eliminates processed foods and limits several commonly eaten foods, it can be difficult to follow long-term. Most people have busy lives and convenience is an important factor when considering dietary changes. It is therefore highly recommended to work with a dietitian to ensure you are meeting your nutritional needs, finding foods that work for your lifestyle, and monitoring for disordered eating behaviours.

The SCD is an emerging dietary therapy for IBD. It is based on the theory that carbohydrates influence the gut microbiota. By excluding disaccharides and polysaccharides, which are typically fermented in the gut, it is thought that the diet prevents growth of potential harmful microbes and by-products, thereby leading to mucosal healing and a reduction in gut inflammation. However, large scale clinical trials examining the efficacy of the SCD are lacking. While some studies show that the SCD can improve symptoms and quality of life, it is unclear whether it is able to induce mucosal healing.

Because the SCD is such a restrictive diet, it is highly recommended to work with a registered dietitian to ensure you are meeting your nutritional needs. Our dietitians can help you implement the SCD safely. Book an appointment with one of our dietitians today. 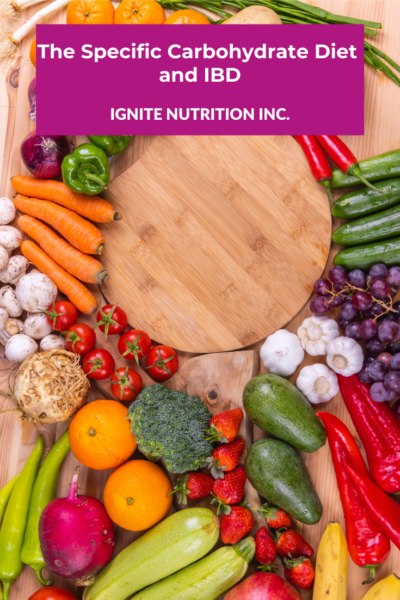 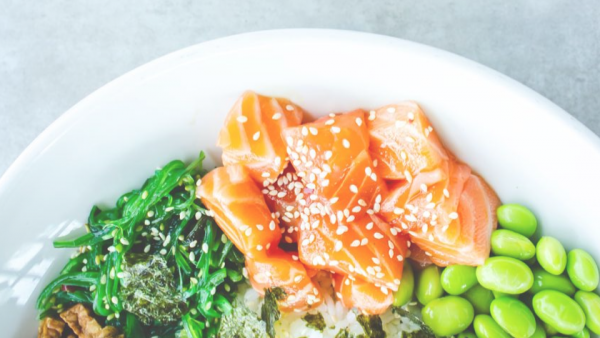 At Ignite Nutrition we specialize not only in Irritable Bowel Syndrome (IBS), but we also work with clients with Inflammatory Bowel Disease (IBD) and other gut disorders. If you’re…