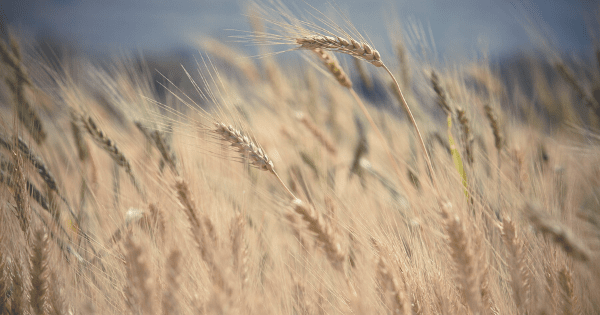 Dietitians rejoice! Science saves the day. The cause of gluten intolerance is NOT gluten. The next time your client references ‘Wheat Belly’ you can refer them to this actual evidence-based research paper published in the journal, Cereal Chemistry.
While the gluten-free craze might have its heart in the right direction, its head is nowhere to be found. Gluten is often NOT the cause of intolerance type symptoms! My issues with the science behind the gluten-free craze:

‘The science doesn’t support what people have been saying – there’s no such thing as Frankenwheat’ says Ravi Chibbar, whose paper was published Thursday in the journal Cereal Chemistry

I work predominately with IBS patients in my private practice. And the majority of them are petrified of gluten! I spend a lot of time managing the food fears that you food fear-mongerers have instilled in them. And while gluten containing foods may exacerbate gut symptoms in some people, poor gluten is not the culprit.

This is where science comes in:

So if you have IBS symptoms with consumption of wheat, know that there is likely a cause – it’s just not gluten.

I recommend seeing a dietitian not only to help you with the elimination phase of the FODMAP diet, but to make sure you are able to re-introduce those FODMAP’s and find a certain tolerable level of the various types of FODMAP’s so you can live the healthiest life you ACTUALLY enjoy. One that isn’t so restrictive, and that ensures your gut stays healthy, over time.

Work with one of our RD’s and get your IBS symptoms or digestive woes under control in a way that ACTUALLY works.

Hope you love this article as much as I do.

Source: Canadian professor says wheat protein unchanged for 100 years, not cause of gluten intolerance – The Globe and Mail

One response to “Cause of Gluten Intolerance? Not Gluten.”